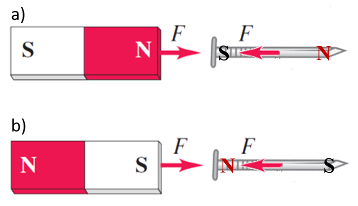 Figure 1, Alternation of a nail’s polarity when it approaches to different poles of a permanent magnet.

In our common impressions, a magnet is an object that will emit magnetic field and attract an iron body, such as a nail. In a general sense, the nail is also a magnet, however the polarity of which will alternate easily. As illustrated in Fig. 1a), when a magnet’s North pole is approaching to the head of a nail, a South pole will appear in the head of the nail and, correspondingly, a North pole will appear in the tail of the nail. Because unlike poles attract to each other, the nail is attracted to the magnet. When we turn around the magnet to make its South pole against the nail, as illustrated in Fig 1b), the nail will still be attracted to the magnet, rather than be repelled away as the result of like poles repelling each other. This is because the polarity of the nail has been changed by the turning of the magnet, now the head of the nail is North pole, and the tail of the nail is South pole. Because the magnetism is obedient to external field, the nail and other objects made by iron are termed as soft magnets.

On the contrary, the polarity of common-sensed magnets will (should) resist the influence of the external magnetic field and remain the same, as a result, they are termed as permanent magnet or hard magnets. By the way, when a soft magnet is standalone and not affect by any other hard magnet or external field, its poles will break down into many much tinier poles named as magnetic domains, the polarity of each domain is antiparallel or perpendicular to its neighbors.

In summary, when talking about soft magnetic materials, we refer the softness to the magnetic properties rather than the mechanical properties.

Soft magnetic materials are found in a broad range of applications. They are indispensable almost for any machines involving the conversion between electrical energy and mechanical energy, such as motors and generators, and for the devices involving the conversion of electric current wave form, such as transformers, inverters, converters, inductors, filters, etc. Soft magnetic materials are also useful for making devices that exploit the magnetic attractive force, such as the electromagnet that attracts iron parts or iron plate that attracts hard magnets. Thus, you will find soft magnetic materials in your hair dryer, vacuum cleaner, washing machine, air conditioner, phone (wireless) charger, power supply for your computer, or your refrigerator’s door which is often used to clip a note pad or children’s pictures by a hard magnet, and so on. 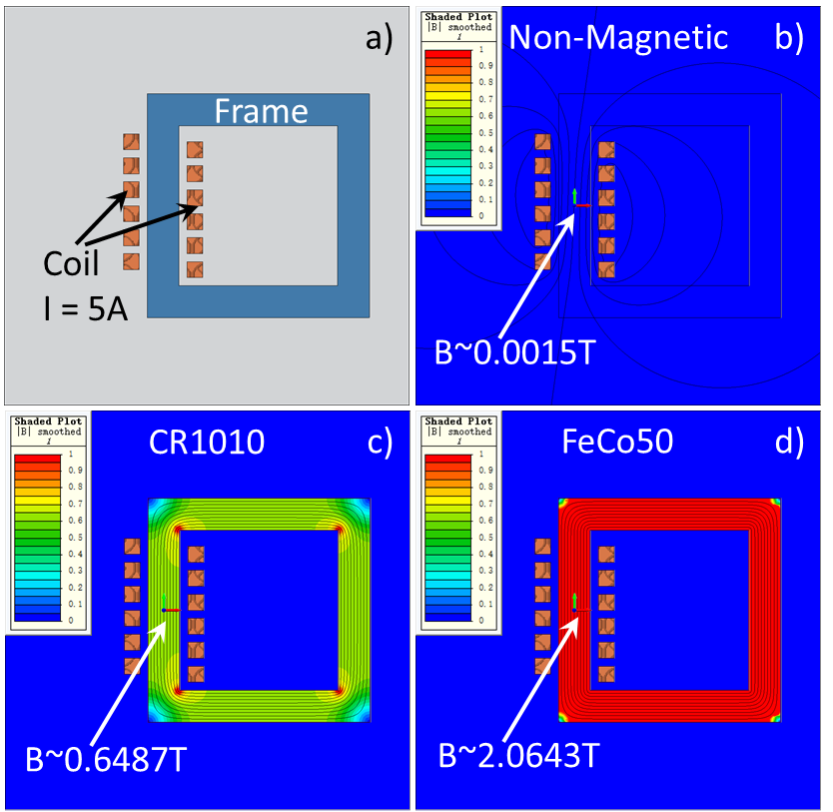 Figure 2 The effect of soft magnetic materials on the distribution and magnitude of magnetic flux density.

Figure 2 gives an example for the effect of soft magnetic materials on the distribution and magnitude of magnetic flux density. A coil of 6 turns is wound on a frame and the current in the coil is 5 A (in practice, the quantity defined as current times turns is often use, in this case, it is 30 Ampere*Turns). When the frame is made of non-magnetic materials such as wood or aluminum, the magnetic flux density generated by this coil in the center is rather feeble, only 0.0015 T (15 Gs), and the flux lines spread out over the space surrounding the coil. On the other hand, when we make the frame with cold rolled steel (CR1010) which is a common soft magnetic steel, with the same coil configuration and current, the magnetic flux density in the center of the coil is enhanced to 0.6487 T (6487 Gs), the improvement is more than 400 times, and almost all the flux lines are confined in the frame. If we choose a much better soft magnetic material, e.g., FeCo50 alloy, the improvement of magnetic flux density compared with the case of non-magnetic frame is more than 1300 times.

About SM Magnetics: SM Magnetics is a privately owned company, providing assistance with magnets, magnetic circuit design, engineering support, and production. To learn more about the soft magnetic materials we offer, or require a magnetics partner for your next project, contact our technical staff at 205-621-8841.